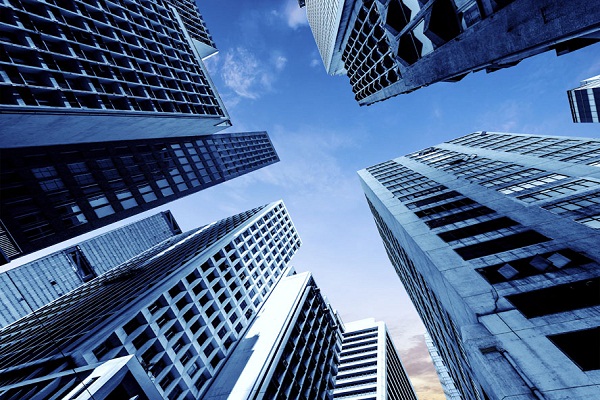 No metropolis in the world that is not something you would pale if removed its skyscrapers. Towering over the historical silhouettes of cities from New York to Tokyo, these innovations of the twentieth century are an integral part of the image of a modern metropolis. Those who are lucky enough to live or work on the upper floors enjoy unrivaled views. Skyscrapers are also masterpieces of engineering. Its ubiquity makes it easy to forget how much technology is required to build them, but for the architects responsible for its creation, each new project brings its own challenges in terms of the technical and creative possibilities.

The design of skyscrapers is a complex balance between engineering, construction management and economics. During the design process of a skyscraper architects must ensure that the building can support its own weight. The dead load, ie the weight of the material, will be considerably greater than the live load, referred to people and furniture. Both make up the structural load that the building has to endure. Steel framing, concrete cores, tubes within tubes and clever use of shear walls are often used to strengthen the foundations of a skyscraper, but one rarely sees these essential elements, since they are often hidden by architecture . A notable exception is the John Hancock Center in Chicago, whose X-shaped braces are a striking design feature. The skyscrapers were originally designed to create more living space in crowded cities. The skyscraper was officially started in the late nineteenth century New York and Chicago. Since ambitious architects have taken the skyscraper to ever greater heights. The tallest skyscraper today, Burj Khalifa in Dubai with 828 meters, is almost 8 times higher than the World Building, the tallest skyscraper in 1890.

Besides supported themselves against cutting weight of construction materials, skyscrapers also have to be able to withstand high winds, earthquakes and provide safe escape routes in case of fire. The upper floors of the building must be easily accessible, have good facilities and fully air-conditioned. All these technical challenges have become standard, so now it gets even more emphasis on originality of design and green credentials. HSB Turning Torso tower in Malmö is a perfect example. It is the tallest building in Scandinavia. Its top floor is angled 90 degrees to the ground floor. The intermediate floors are arranged such that printing of a tower that twists is created.

Until 1998 the highest skyscraper in the world was in America, but in recent years we have seen a boom of skyscrapers in the Middle East and the Far East. The Petronas Towers in Kuala Lumpur, Malaysia, in 1998 became the tallest building in the world, which held title until 2004, the year of construction of Taipei 101. The Burj Khalifa Dubai snatched the title in 2009, but it seems it lost in 2018 when the Kingdom Tower in Jeddah, Saudi Arabia is completed. His exact height is yet to be confirmed, but will have more than 1000 meters.