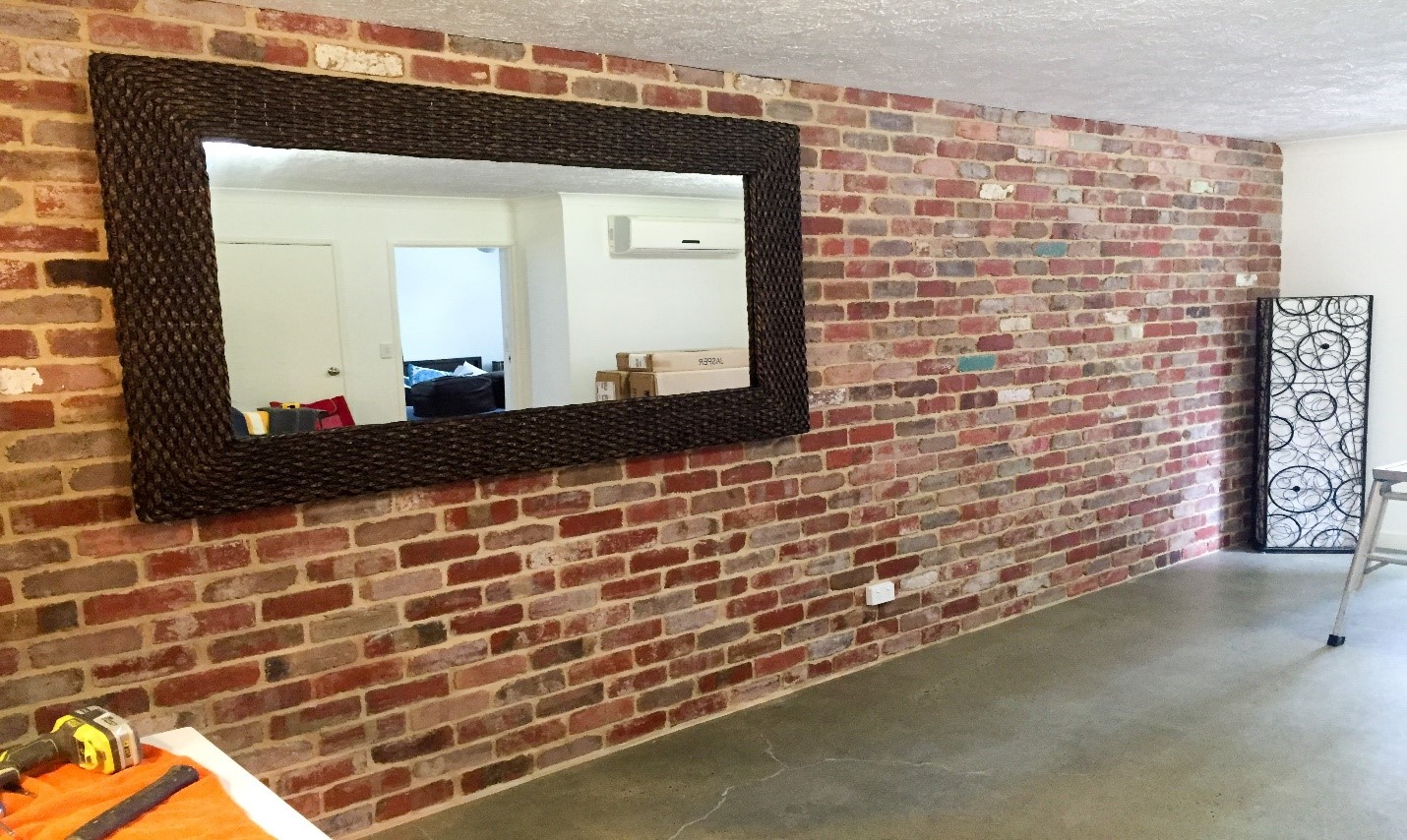 A brick veneer, also known as brick slips or cladding is a thin layer of brick used as a form of surface finish for aesthetic purposes as well as structural. Conventional brick walls usually support the load of a building structure, while brick cladding is applied for decorative purposes.

They are usually constructed from thin slices of brick, which could be as slim as 20 mm in thickness, as opposed to the standard 102.5 mm for standard bricks. Brick veneer can be used for both indoor and outdoor applications and can be applied to almost any surface. Various specialist brick slips are available for areas such as corners and angles, to continue the illusion that the walls were built full of bricks. 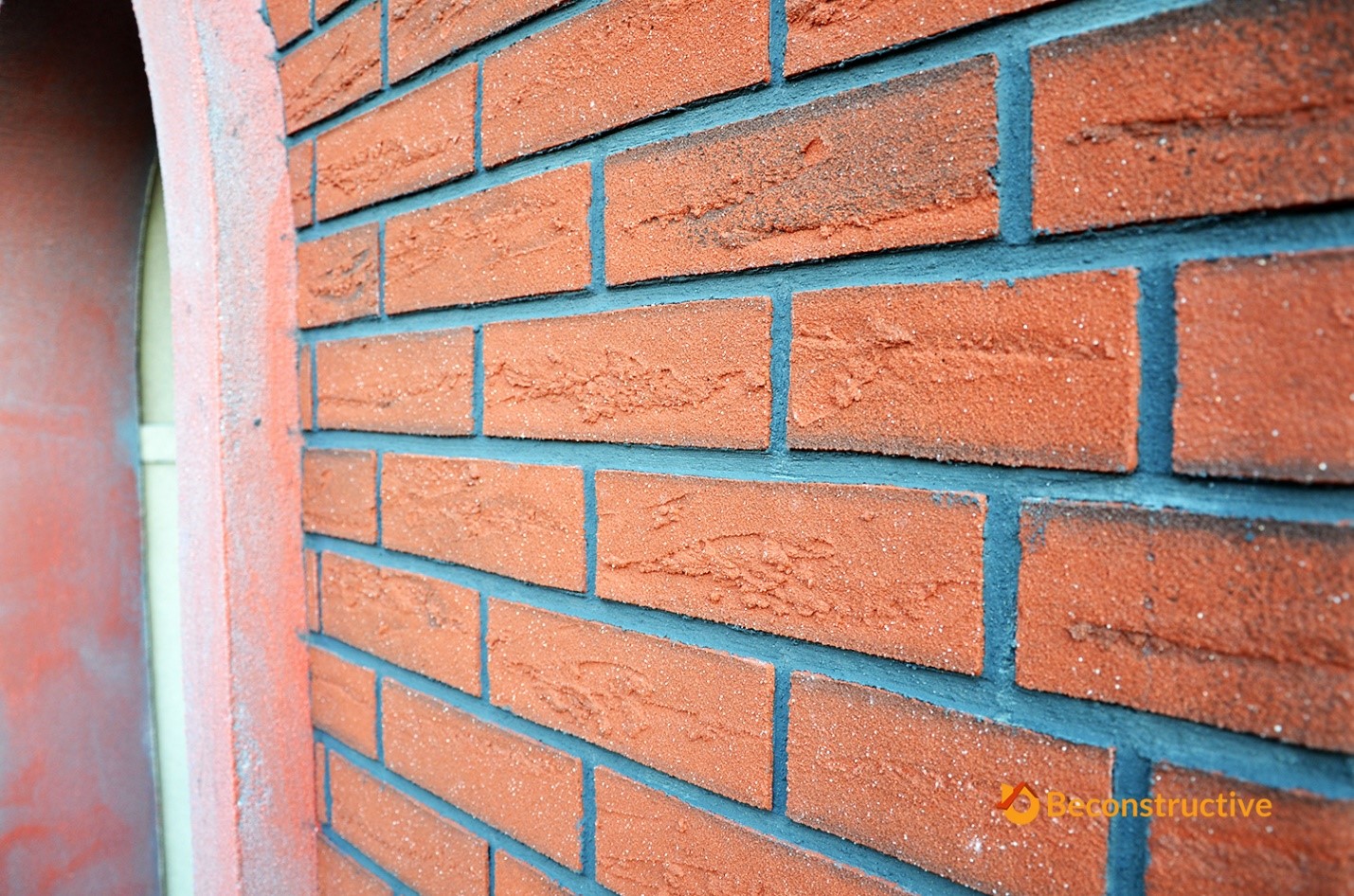 For interior applications, such as around fireplaces, brick veneer can be placed in a manner similar to the tiles. Mortar (or some other adhesive) scattered on the walls and bricks set into place on top of it, separated during drying with a plastic spacer. Once the mortar bed has set, the brick joints are pointed with more mortar. Brick veneer is available in rolls, as a form of three-dimensional wallpaper.

For exterior applications, the veneer can be placed in a manner similar to internal applications, as a form of cladding. However, they can also be installed in a free-standing manner using panels (often constructing off site, and often including other elements such as insulation), secured back to the structural frame. This is a vertically supported and independent application, however for high-rise structures, corner shelves must be used to provide horizontal expansion joints, usually at the edges of the floors. This allows for expansion of the brick and the potential shrinkage of the frame. For more information on Brick Cladding, visit www.telling.co.uk/architecture/brick-cladding/

There are several advantages to using brick slips:

They are relatively easy and quick to install.

They are not as heavy as other forms of brick, which reduces the structural load.

They are durable and fireproof.

They can achieve a variety of decorative function.

They are more susceptible to damage because they are thinner than a conventional brick wall.

They don’t do anything to provide support to the integrity of the structure.

They could be susceptible to water damage.

After a while, the veneer will most likely need re-pointing with new mortar.