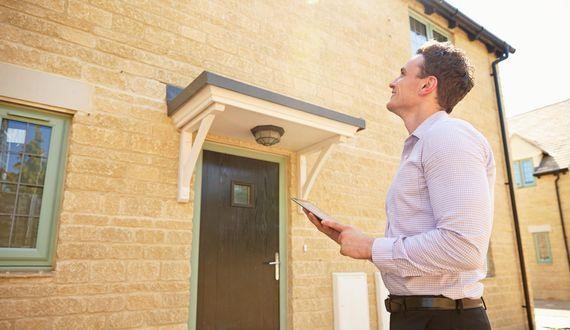 There are several different types of property survey that can be carried out, the most common of which are homebuyer reports and full structural surveys. Why have a survey?

Having a survey before committing to buying a property is really important, as it will give you a good idea of any issues that may cost you in the future. Some of the most common defects found during these surveys are outlined below.

Issues with roofs that are identified during surveys include cracked tiles, inadequate insulation/ventilation, leaks, mould or algae, and poor/broken guttering.

Cracks in walls are another commonly spotted defect. Not all cracks are equal, as some are non-structural and others structural. Structural cracks are much more serious and may pose a risk to the building. These are often found on load-bearing walls or near the corner of a window frame/door and tend to be longer and wider than non-structural cracks. Some cracks may be caused by subsidence (the house/foundations sinking). Moisture problems are another common defect often picked up during surveys. Water has a nasty habit of getting into awkward places and, if not sorted, can cause serious damage. The issues can originate from roof leaks, pipe leaks, or gaps around windows. Moisture can get inside the walls and lead to dry rot and/or mould.

Structural movement is another fairly common defect that surveys find. There are a number of reasons this movement might occur. The first is that a tremor or minor earthquake has can cause the building or soil to shift, although this is rare. The second is that the soil beneath the foundation sinks in one particular area, which shifts the foundations as a whole. A third possible cause is water under the foundations, which causes them to sink in some parts.

Another thing that is often spotted during surveys, although not strictly a defect, is the presence of termites or other pests. Termites can cause incredible damage considering their diminutive stature. Evidence of termites is usually found near wooden beams or pillars.

Another common issue that is often identified by building surveys is problematic windows. This may include poorly fitted windows, windows that don’t open/close properly, or windows that do not have adequate opening mechanisms for escape in the event of a fire.