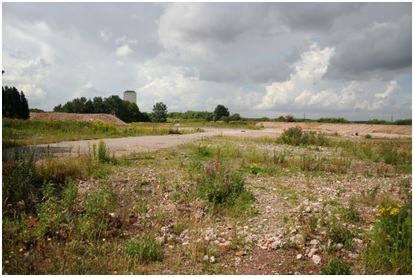 Developers and others are being encouraged to build on “brown field” sites. This seems an admirable objective, since it reuses land that was previously used, often for industrial premises or buildings that are no longer required. But problems can arise from the previous activities carried on at a site, particularly given that in the past, industrial process may have used chemicals, or produced waste, that has contaminated the land. If housing or schools are planned for example, the developer has to ensure that the land, and its surface and ground water, are decontaminated, before development can proceed. If there is anything on the land that could harm protected species, it must be made harmless.

What the Government Says

The government’s stance is that it’s not only former factories, mines, steelworks, refineries and landfills that are likely to have caused contamination – any industrial process could have done so. There is a category of “special sites” that require technical guidance to be followed and it’s a pretty diverse list, ranging from previous oil refineries to any land that was formerly owned by the Ministry of Defence. Once the council categorises a location as a special site, it’s regulated by the Environment Agency.

The Department for the Environment, Food and Rural Affairs (DEFRA) published detailed statutory guidance on contaminated land, as part of the Environmental Protection Act. A brief look at the complexity of the subject will be enough to convince most estate managers and developers, to put the matter in the hands one of the many companies that specialises in this kind of work, such as www.ashremediation.co.uk among others.

Who Is Responsible for the Clean-Up?

It isn’t only when land is being developed that it may be categorised as contaminated and requiring land remediation. If the site is polluted, when the land is sold, let or transferred, or if the council inspects the land, or if certain types of licence are applied for, the local council may decide to investigate.

The council or the Environment Agency will decide whose job it is to clean up the site and how it should be cleaned. However with appropriate management in place, this process need not be controversial, and can be agreed amicably with the relevant authority early in any development process.