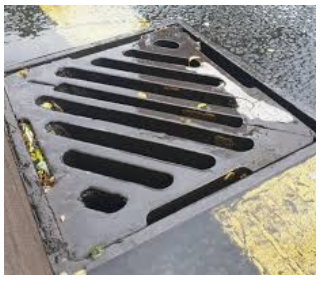 Modern life has given us technology and advancements that have benefited our daily lives and have led to an increase in our life span and our overall well-being. In the past infections borne out of unsanitary water would have ripped through entire towns and in some developing countries this can still be the case. This is one of the reasons why it is important to ensure you look after and maintain your drainage system at home. It was thanks to the development of our sewage systems that allowed for us to be more sanitary in the ways in which we wash ourselves and have our waste water and products removed from our homes. We no longer have to walk through the waste as it flows down the street. The pipes are kept underneath the ground where we only have to worry about it when a problem arises and then CCTV Drainage Surveys can help to identify any issues that might be occurring and allows engineers to then fix this in the most appropriate ways.

Over the years there have been numerous ways in which we have looked at developing systems to remove waste from our homes. The pipes that we have used across the world have developed from bamboo and clay through to materials that are much durable like copper and plastic. We even have the ability to be able to reline our drainage pipes without having to remove the entire pipe section. This helps to reduce the disruption that is caused by full excavation works and is aided by the CCTV drainage surveys by Wilkinson Environmental that allow the engineer to see exactly where the damage has occurred in the pipe system.

It was the Victorians who figured out that having a pipe that was smooth on the inside would allow water to flow much quicker and easier and help to prevent the collection of water that can then lead to clogs and blockages. In the 16th Century a gentleman known as Sir John Harrington invented the flushing toilet which has been a revolutionary design that has allowed us to quickly remove waste from our homes and pass it out into the sewage systems in the street.

These recent technologies are based on some ancient designs with the Minoans using a toilet system back as long as 3,000 years ago and the Romans famously using aqueducts to transport water and developing the Cloaca Maxima which was a large sewer that ran through the centre, parts of which can still be seen today. Further back in the Indus valley era a covered drain system was used in all of the major cities.

As with most modern technological advancements many of our modern day systems are built using the knowledge that was gathered from ancient civilisations. We simply take their ideas and use the materials that we have available to us today to make them more durable and sophisticated and fit for our purposes.