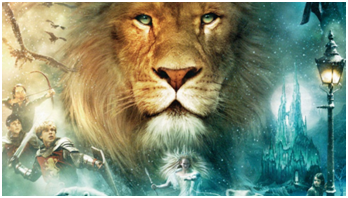 Doors and portals feature strongly in many stories. There are routes to other worlds and universes via the seemingly ordinary that transport you. One of theses is the famous wardrobe from the Lion, the Witch and the Wardrobe. Who amongst us hasn’t gone into the back of the wardrobe and kicked at the back of it hoping to be greeted by the Faun Tumnus but in fact all we’ve done is dislodge some of the tiny nails that hold the back on. Looking for Narnia seemed like a good excuse to give to explain the damage when my parents inquired what had happened. Now if only  the Bespoke Wardrobes Hampshire company that I found could create me a magical portal into Narnia. Well, a girl can dream can’t she! They do have some lovely wardrobes on their website it’s worth taking a look – https://www.lamco-design.co.uk/

It’s still with me now that dream, every time I see a wardrobe I get this irresistible urge to go into it and try and find Narnia at the back of it. It happens more when I go to stately homes and historic houses. As soon as I see one I start edging towards it. The room stewards start looking suspicion when I’m checking out the back to see if it’s butted up against the wall and rocking it. Not that they would make a difference because a magical wardrobe wouldn’t need to do that if it was a portal to another dimension. The room stewards go really nuts if you get inside! I’m not popular with historic houses and I’ve had my National Trust membership revoke three times, the last time for getting into one at Waddesdon Manor and shouting “Aslan! Are you in there?” I wrote several letters to them asking to send me documentary evidence that none of their wardrobes were enchanted until they wrote back and told me to stop. They did say they’d had a look and were satisfied that none of them were magical. I wrote back saying that that’s not documentary evidence and I wanted a photo of the back of every cupboard to prove it or I would rescind my membership, they said they didn’t have the time and that’s fine they don’t mind me not joining again. I did join though, that’ll show em!

I’ve come up with a plan to deal with it though. I’ve undertaken a course at night school studying Joinery, the practice and protection of heritage furniture. I figure that when I get my certificate I can just rock up at a property and say, “Got a problem with your wardrobe squire. Need to get in it and check for woodworm, a cross threading issue and check for magical portals to  another dimension”. See, no problem, fool proof that is. I’ll be a daughter of Eve before you can say stone table. See you on the other side, of the wardrobe that is.