One of the problems facing the UK for a few years now has been the lack of affordable housing. In a small and comparatively highly populated country, the land prices are high and land itself is hard to come by. However, one solution is to develop brownfield land. 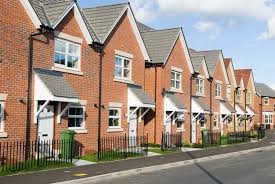 Brownfield land is land that has previously been used for industrial reasons – this could include former factories, oil refineries, petrol stations or even military land. Because of the history of the land however, it is necessary to make sure that you have a professional contaminated land remediation company such as https://soilfix.co.uk/services/groundwater-soil-remediation-services make sure that the land is free of contamination before any building work goes ahead.

Some of the things that may be lurking in the ground that needs to be removed are very hazardous. These include…

Asbestos – Asbestos is a dangerous material that gets into the lungs and causes breathing problems which eventually lead to death. Whilst it is intact it is not a hazard, but once broken the spores which are dangerous are released and then can have severe health consequences for anyone who breathes them in.

Lead – This is one of the most common forms of contamination in the soil. It could be from fuel, as well as from substances such as lead paint, it depends of course on what the site has been used for previously.

Radioactive substances – Nuclear weapons and nuclear power developments have meant that there are parts of the world where sadly radioactive waste is in the ground. Radiation can cause a variety of health problems so this is certainly something that you will want to ensure is not in any soil that you are going to be building on!